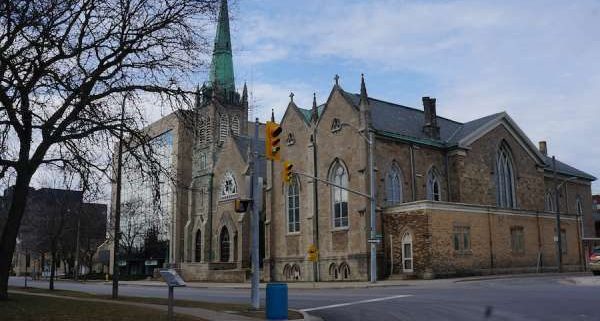 The Bishop of St. Catharines, Ontario is pleading for thieves to return the consecrated Host after the tabernacle was stolen from the St. Catherine of Alexandria Cathedral on Tuesday.

Bishop Gerard Bergie of St. Catharines pleaded for the two people who took the tabernacle to return it, along with its contents, in an interview Tuesday afternoon with Canadian station NewsTalk 610 CKTB.

“The tabernacle can be replaced. It’s the contents (…) that is what is so precious to us. That’s what’s irreplaceable,” said Bergie, adding that he hopes that no harm is done to the Blessed Sacrament.

He hopes that the person or persons who took the tabernacle “realize it’s not of any monetary value, and be able to return it to us.”  “No questions asked, if they return it,” he said.

The tabernacle is made of steel, but has two bronze-colored doors, said the bishop. Bergie suspected that perhaps the thieves thought the tabernacle was made of gold, or perhaps had a more nefarious intent with stealing the hosts.  “Who knows what goes through the minds of these people,” he said.

Video footage captured two people, believed to be a man and a woman, breaking into the cathedral at approximately 4:30 a.m. Sept. 8. As it was dark, the footage is “kind of grainy” and it has been difficult to determine a clear image of the suspects, he said.