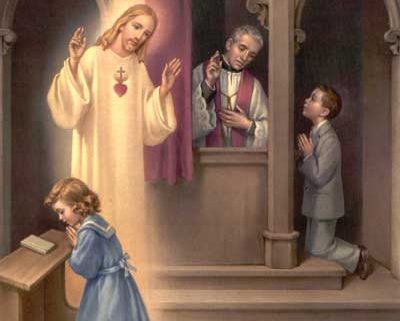 The legislature of the Australian state of Queensland on Tuesday passed a law requiring priests to violate the seal of confession to report known or suspected child sex abuse.  Failure to do so will be punished with three years in prison.  The law passed the Legislative Assembly of Queensland Sept. 8, with the support of the opposition Liberal National Party of Queensland.

Archbishop Mark Coleridge of Brisbane has said such a reporting requirement would “not make a difference to the safety of young people,” and that the bill was based on a “poor knowledge of how the sacrament actually works in practice”.  Last week the Australian bishops provided the federal government with the Holy See’s observations on 12 recommendations of a 2017 report on child sex abuse in the country’s institutions. In response to a recommendation regarding the seal of confession and absolution, the Holy See reiterated the inviolability of the seal and that absolution cannot be conditioned on future actions in the external forum.

The Royal Commission into Institutional Responses to Child Sex Abuse had recommended that it be clarified whether “information received from a child during the sacrament of reconciliation that they have been sexually abused is covered by the seal of confession,” and “if a person confesses during the sacrament of reconciliation to perpetrating child sexual abuse, absolution can and should be withheld until they report themselves to civil authorities.”  The royal commission, a five-year Australian government inquiry, concluded in 2017 with more than 100 recommendations.

Mark Ryan, the Queensland police minister and a member of the Australian Labor Party, said that “the requirement and quite frankly the moral obligation to report concerning behaviours towards children applies to everyone everyone in this community” and that “no one group or occupation is being singled out.”

Stephen Andrew, the sole Queensland MP of Pauline Hanson’s One Nation, said that “the bill poses a real danger for public trust and cohesion in our community,” and asked: “How confident can the people of Queensland be that they live in a free and open democracy governed by the rule of law, where the state jails its bishops?”  Archbishop Coleridge has also said the law would make priests “less a servant of God than an agent of the state” and raise “major questions about religious freedom.”

Victoria, Tasmania, South Australia, and the Australian Capital Territory have also adopted laws forcing priests to violate the confessional seal, while New South Wales and Western Australia have upheld it.  Attorneys-general in Australia’s federal and state governments agreed in November 2019 on reporting standards that would require priests to break the sacramental seal or violate Australia’s mandatory abuse reporting rules. Further, priests would not be able to use the defense of privileged communications in the confessional seal to avoid giving evidence against a third party in criminal or civil proceedings.

Archbishop Coleridge of Brisbane commented Sept. 4 that Australia’s bishops “are keen to support the ongoing public conversation about policies, practices and protocols which will ensure that children and other people at risk are safe in our communities.”  The Holy See told Australia’s bishops earlier this year that the seal of confession is inviolable, and that it includes all the sins known from the confession, both of the penitent and others.  The Holy See added that this is the “long-standing and constant teaching of the Church on the inviolability of the sacramental seal, as something demanded by the nature of the sacrament itself and thus as deriving from Divine Law.”  It added that the confessor “certainly may, and indeed in certain cases should, encourage a victim to seek help outside the confessional or, when appropriate, to report an instance of abuse to the authorities.”

The Holy See also said that “the confessional provides an opportunity – perhaps the only one – for those who have committed sexual abuse to admit to the fact. In that moment the possibility is created for the confessor to counsel and indeed to admonish the penitent, urging him to contrition, amendment of life and the restoration of justice. Were it to become the practice, however, for confessors to denounce those who confessed to child sexual abuse, no such penitent would ever approach the sacrament and a precious opportunity for repentance and reform would be lost.”

It added that “it is of paramount importance that formation programmes for confessors include a detailed analysis of Church law, including the ‘Note’ of the Apostolic Penitentiary, together with practical examples to instruct priests concerning difficult questions and situations that may arise. These may include, for example, principles for the kind of dialogue a confessor should have with a young person who has been abused or appears vulnerable to abuse, as well as with anyone who confesses to having abused a minor.”

THE WATCHMAN’S DUTY (HOMILY FOR 23RD SUNDAY, YEAR A)