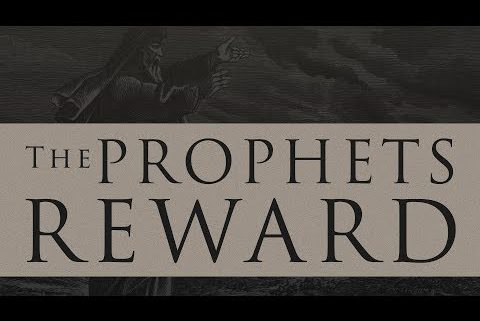 Under the kingship of Ahab, by the influence of his wife Jezebel, Israel turned to paganism by worshipping Baal, though there were a handful of people who remained faithful to the One, True God. It was during this time that the prophet Elijah ministered. His successor, Elisha, began his ministry also during the reign of Ahab. This was a difficult time for the prophets of God such that many of them had to hide to stay safe (cf. 1 Kgs 18:4). Even Elijah too fled from Jezebel in his days. And as it was for Elijah, so it was for Elisha too, that he had to move away from the capital city, away from Ahab and Jezebel. It was during such movements that he encountered the woman of Shunem we read about in today’s first reading. And as we read, anytime he passed by that place, the woman will welcome him to her home and offer him food.

The Shunamite woman who took care of Elisha and Gehazi his servant did not initially know he was a prophet. As far as she was concerned, she was helping two travellers who needed refreshment. It was only much later that she perceived he was a prophet and afterwards, she convinced her husband to make him a chalet to rest in. So in the first instance, her charity was done for humanity’s sake, out of her milk of human kindness; when she realized he was a prophet, she set up a room for him for God’s sake as her way of supporting his prophetic ministry as a man of God. For her kindness, both for God and for humanity, God rewarded her with her deepest heart desire: a child!

In the gospel reading, Jesus confirms this truth of God graciously rewarding those who show kindness to others, especially in support of those who do God’s work. And so Jesus says “He who receives a prophet because he is a prophet shall receive a prophet’s reward…And whoever gives to one of these little ones a cup of cold water because he is a disciple…shall not lose his reward.” It is important to note here that in showing kindness to God’s servants, we encourage them to continue in God’s work; therefore, by such support, the work of God is continued and sustained. Supporting the work of God can come in various ways such as praying for God’s ministers, complimenting and encouraging them, promoting the apostolates they engage in, offering material and financial support, giving expert advice, volunteering our time and resources in doing one or two things that will make serving and worshipping God easier and so many other ways we can think of.

Someone may ask the question, “So what is a prophet’s reward? What is a righteous man’s reward?” This is not any specific thing, neither is it something that come directly from the man of God. Simply, the reward Jesus talks about implies that God will bless us for our acts of kindness shown to anyone either for God’s sake or for humanity’s sake. And the reward could be anything, especially what is our heart’s greatest desire. In today’s first reading for instance, it was a child for the childless Shunamite couple; in the days of Elijah, it was food for the widow of Zarephath who shared bread with him (1 Kgs 17:16); in your own case, it can be anything you are looking up to God for. So, child of God, today, God’s word invites us to be kind to people and to commit to supporting his work on earth, and as Jesus assures, we shall surely be blessed for our kindness. We pray for the grace of a generous heart. Amen.

THE SPIRIT vs THE FLESH (HOMILY FOR 14TH SUNDAY IN ORDINARY TIME, YEAR A)
Scroll to top