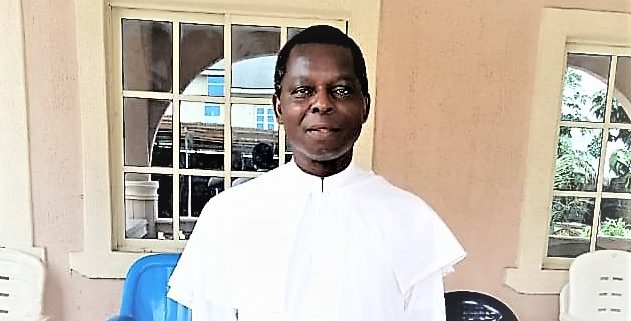 The Holy Father has appointed as auxiliary of the diocese of Umuahia, Nigeria, Rev. Fr. Michael Kalu Ukpong of the clergy of Umuahia, currently chancellor of the same diocese and parish priest of Saint Theresa’s parish, assigning him the titular Igilgili.

Fr. Michael Kalu Ukpong was born on 15 December 1964 in Amaekpu Ohafia, in the diocese of Umuahia. He attended the Immaculate Conception Minor Seminary in Ahiaeke (1978-1984). He carried out his studies in philosophy at the Seat of Wisdom Major Seminary in Owerri (1985-1993) and in theology at the Saint Joseph Major Seminary in Ikot Ekpene (1989-1993).  He studied canon law at the Klaus-Mörsdorf-Institut für Kanonistik at the Ludwig-Maximilian-Universität in Munich (2006-2007) and then theology at the University of Regensburg, where he was awarded a doctorate 2008-2014).

He was ordained a priest on 7 August 1993 for the clergy of the diocese of Umuahia.

Hearty congratulations to the new Bishop and the local church of Umuahia.

“ME I NO GO SUFFER” (HOMILY FOR 7TH SUNDAY OF EASTER, YEAR A)

COME, HOLY SPIRIT, RENEW THE EARTH (PENTECOST SUNDAY, YEAR A (MASS DURING THE...
Scroll to top