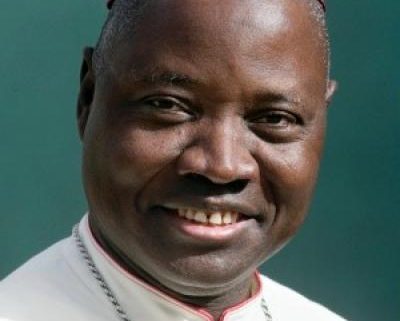 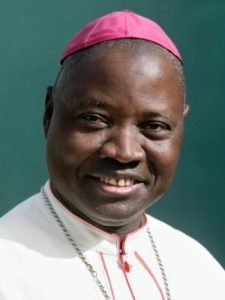 The Community of Veritas University (The Catholic University of Nigeria), Abuja, have been urged to eschew practices that promote ethnic and sectional agenda and other vices that are detrimental to the provision of holistic education and formation of students of the institution.

The admonition was given by the President of the Catholic Bishops Conference of Nigeria (CBCN), Archbishop Ignatius Kaigama in his address at the recent 10th Anniversary and sixth Convocation ceremony of the University, held at the permanent site of the institution in Bwari, Abuja. The Catholic Archbishop of Jos reiterated the objectives of the CBCN in establishing the university and warned against any attempt to derail the contention of the Bishop owners in this respect.

Archbishop Kaigama who is the Visitor to the University declared: “Veritas University is a cherished asset of the Catholic Church in Nigeria and should not be used by anybody to pursue ethnic or sectional agenda. This University should be an icon where other institutions in Nigeria and beyond can emulate the values of hard work, responsiveness, dedication to duty and respect to authority.”

The Visitor to the university outlined some unethical practices and vices that are common in some of the country’s tertiary institutions which the Veritas University community must avoid. His words: “The members of this community must therefore avoid negative tendencies in other institutions of higher learning like ethnic or sectional bickering, desperation for power, internal wrangling, incessant strikes, molestation of fellow students, drugs abuse, undue rivalry, ethnic cliques, the pull him down syndrome  (phd), immoral practices like indecent dressing, anonymous letter writing against others, especially against authority and unbridled ambition.” He added: “Be positive rather than negative.”

The Catholic Archbishop of Jos stated that the university should be a fertile ground for learning for serious minded students “who while receiving spiritual and moral formation, want to excel in their academic pursuit.” Charging the management, staff and students of the institution to remain focused and see VUNA as one family, the CBCN President added that the university should also be a place where those employed to work should see their appointments as a call to serve without ethnic, religious or sectional sentiments.”

While congratulating the VUNA community on the tenth anniversary and sixth Convocation ceremonies of the institution, Archbishop Kaigama commended all those who have helped to sustain the university for their resilience, perseverance, commitment and dedication; urging them not to rest on their oars until the university becomes a role model in all ramifications for tertiary institutions within and outside the country.

His words: “On behalf of the Catholic Bishops Conference of Nigeria (CBCN), I wish to appreciate the past and present management as well as staff of  VUNA who have demonstrated sincere commitment and remarkable selflessness in service to bring about  the numerous achievements recorded, especially in the past academic year but also since the past ten years, symbolized by the dynamic administration of the present Vice Chancellor, Professor Mike Kwanashie …”

The ceremony was attended by dignitaries from all walks of life, including some members of the Catholic Bishops Conference of Nigeria, the academia and members of family of the graduating students.

A Proper Perspective On Thanksgiving